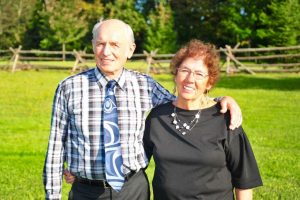 Wayne was born and raised in Dawson Creek, BC. He obtained a Bachelor of Commerce from UBC and then articled with Arthur Anderson’s Vancouver office, obtaining his CA designation in 1971. After 3 years in Bermuda with Coopers and Lybrand, CA’s he returned to Vancouver from the tax haven to work 2 ½ years for CRA as a small business auditor.

In 1977 Wayne moved to Smithers to run the Smithers office of Carlyle Shepherd & Co.

Wayne is an avid hunter, loves to fish, play hockey and get on his horse while he still can.  After 40 years of practicing his profession in Smithers and raising a family of three boys and a girl, in his own words “There is no place I would rather have worked, played and raised a family with my wife Andrea. I look forward to working with my son Dorian in the transition of our Smithers practice.”